Chief I G Aguowo (Ugogbuzue Nibo) CEO Volic group of companies a conglomerate with interest in diverse sector of the economy launched his foundation; I G Aguowo Education and Health Foundation. The foundation is fully funded by Chief IG Aguowo to provide financial aid to the less privilege in the society. The day kick started […]

All roads led to Owerri the capital of Imo state on the 13th of February 2021 as Rento hotels and suites was officially opened, the state of the art and tastefully furnished hotel was declared opened by Chief Cletus Ibeto (Omekannaya) chairman Ibeto group to the delight of all present. Chief Chika Emenike (Ihedikanwanne) […]

It was a day of joy and gratitude for the Maduka’s as the celebrated their double portion of blessing; matriarch’s eighty years birthday and newly built mansions of Chief Chijioke (Okosisi) & Chief Chimezie (Oyinatumba). The day began with a session of praise, worship and thanksgiving at their home in Alor, Idemili south LGA of […]

The Town of Ojoto in Idemili south local government area of Anambra state was lit when the matriach of Nwachukwu Okafor family, late Mrs. Angelina Ijenwa Nwachukwu Okafor was given a grand burial by her grandson Amb. Emmanuel Udechukwu (Money Weather) CEO Roxbury homes. The well attended event began with a burial mass in her […]

The Basilica field within the Basilica of the most holy trinity cathedral, GRA Onitsha, Anambra was full of fun as the Ihionu and Okwuonu families were united in marriage when their children tied the nuptial knot to begin the journey in matrimony. The marriage ceremony began with the wedding mass at the Basilica of the […]

CEO De Baron Global Associates Limited celebrated his yearly love feast at the love feast arena, the arena was bubbling with excitement, the all white party witnessed a large turn out of friends, business associates who came to unwind. The evening of drinks and bites which saw guests being well pampered lasted into the night. […]

CHIEF CHIMEZIE MADUKA (OYINATUMBA) CELEBRATES END OF THE YEAR PARTY FOR HIS CLUB. 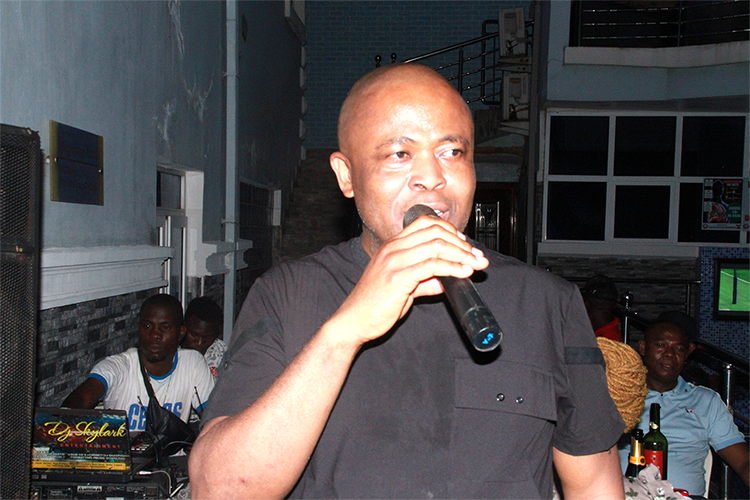 CHIEF CHIMEZIE MADUKA (OYINATUMBA) CELEBRATES END OF THE YEAR PARTY FOR HIS CLUB. Chief Chimezie Maduka (Oyinatumba Idemili) CEO Echo Breeze Nig Ltd hosted members of his club Winners Exclusive club to a glamourous end of the year party, the party which took place on the 19th december 2020 at the pool side of EUC […]