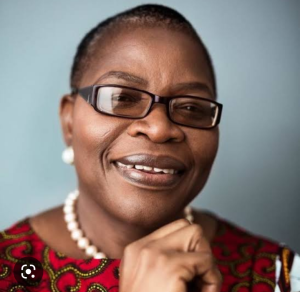 Dr Oby Ezekwesili, Nigeria’s former Minister of Education, has encouraged participation from the public in the fight against monopolistic democracy.

She stated this at the Office Of The Citizen inauguration, which was organised by #FixPolitics.

The important thing, according to Ezekwesili, who is also the founder of #FixPolitics, is that there has been a phenomenal shift in political engagement.

“The apathy and lethargy of Nigerians are what made the political class monopolist of our democracy; now that monopoly will gradually be broken up and what we are doing today is to further accentuate the quality of engagement that citizens must have to break the democracy from being a monopoly in our country to be truly competitive.

Ezekwesili defined monopolistic democracy as a situation similar to a marketplace monopoly, adding that citizens must actively participate in governance to break the political elite’s monopolistic tendencies.

Monopolistic democracy exists in Nigeria and some African countries, she noted, because citizens are not empowered to participate actively in democratic processes.

“The reason we have monopolistic democracy is because we have citizens that cannot engage,” she said.

SPPG’s work study group came up with the initiative, a social campaign project that aims to encourage civic engagement.

Speaking on citizens’ awareness ahead of the 2023 elections, she said there’s was phenomenal shift.

“I think Nigerians are already coming to that place that I had prayed for so many years. Many citizens are participating in the democratic process. In the 2019 elections, we could not get citizens at the level that we are getting them now.

“We are seeing that the young and the women are all engaged. When you see people who deride the interest of Nigerians in politics saying ‘it is about social media’, don’t mind them, ignore them,” she warned.

In her address, the Coordinating Chair of #FixPolitics Work Study Group 1, Mrs Bolatito Adeniyi-Aderoju, reminded citizens that “by voting, we give authority to leaders to manage our collective resources. So, we must seek to choose leaders the way we choose football teams; elect leaders with competence, capacity and character. We need to vote in all elections, especially elective positions close to the people, like local government chairmen and councillors.

“With the OOTC activation, citizens can become community organisers, who help communities understand how the political process works to deliver public goods and services to Nigerians.”

She noted that more information on the OOTC and community organising initiatives could be found at  www.OOTCNigeria.org.

FixPolitics Work Study Group 1  is responsible for moulding an empowered and engaged electorate, as well as activating the OOTC and community organising initiatives. Community organisers will be trained by the SPPG .

Nigerian rapper and record producer, Jude Abaga, popularly known as M.I. Abaga, said, at the event, that the idea to work on raising awareness of the office of the citizen came up because the supply side of politics was underperforming and needed to be energised to improve the calibre of people entering the political space to run for elective offices.

In his vote of thanks, the Executive Director, #FixPolitics, Anthony Ubani, said, “From the inception of #FixPolitics, our vision has been to activate the OOTC and develop a political class of servant-leaders.”

He added, “Citizens are the foundation of a nation. Indeed the OOTC is the most important office in a democracy.

“Any reform solution designed to correct the structural imbalances in Nigeria must necessarily begin with educating, enlightening and empowering citizens to be able to play their role effectively and productively in our democratic system of government. This is why we are taking the historic step of activating the OOTC today.”

The FG says whatever action taken against… END_OF_DOCUMENT_TOKEN_TO_BE_REPLACED