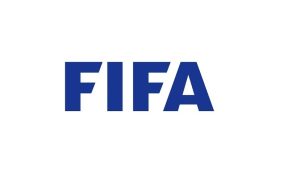 Jasminespice reports that the council of Fédération Internationale de Football Association, the organization that controls international football and organizes the World Cup. Football/soccer, met on Friday in advance of the FIFA World Cup final in Doha, Qatar, which FIFA President Gianni Infantino hailed as the “best ever”, following nearly a month during which “football reinforced its unique cohesive power by uniting the world in a spirit of peace and friendship”, and adopted a number of key decisions for the future of football.

While confirming that FIFA’s revenue at year end would stand at USD 7.5 billion – USD 1 billion more than budgeted – the FIFA Council approved the budget for the 2023-2026 cycle, which will see a revenue of USD 11 billion, of which a substantially increased proportion will be allocated to football investment, amounting to USD 9.7 billion.

In relation to the Talent Development Scheme (TDS) which is led by Arsène Wenger, Chief of Global Football Development, the FIFA Council approved a dedicated funding allocation of USD 200 million to cover the 2023-2026 operational life cycle of this ground-breaking initiative, which aims to create a sustainable legacy for long-term player development by helping each member association (MA) reach its full potential and ultimately give every talent a chance.

For men’s football, an expanded 32-team FIFA Club World Cup is set to begin in June 2025 (following the postponement of the original 24-team tournament planned for 2021) and will take place every four years. The windows for the international match calendar as of 2025 would include one extended window with four matches in late September and early October to replace the current two separate windows in September and October, with the other windows (November, March and June) unchanged. In order to increase the possibilities for teams from different confederations to play each other, FIFA would launch friendly tournaments – “FIFA World Series” – which would take place in the March window in even years. The decision for the World Cup 2030 host will also be made in 2024, with the bid regulations to be published early next year.

For women’s football, the current international match calendar structure will remain unchanged until 2025, with the FIFA Women’s World Cup 2027 and 2031 hosts to be decided in 2024 and 2025 respectively. The creation of a new FIFA Women’s Club World Cup, a new Futsal Women’s World Cup™ and the expansion of the Olympic Games Women’s tournament from 12 to 16 teams have also been endorsed.

The principles also include proposals to revise FIFA’s youth tournament inventory – including expanded annual Under-17 tournaments, both for boys and girls.

In establishing the details of the new international match calendars, due consideration shall be given to the players’ health and well-being as a primary goal. All of the above key strategic principles will be detailed in consultation with the relevant stakeholders in the coming months.

The FIFA Council took a major step towards the establishment of a fairer and more transparent football transfer system by approving the FIFA Football Agent Regulations, which seek to introduce basic service standards for football agents and their clients, including a mandatory licensing system, the prohibition of multiple representation to avoid conflicts of interest and the introduction of a cap on commissions, whose objective is to reinforce contractual stability, protect the integrity of the transfer system and achieve greater financial transparency.

Amendments to FIFA Code of Ethics and Disciplinary Code

As part of FIFA’s zero-tolerance policy against all forms of gender-based and other forms of violence, the FIFA Council also agreed to amend the Code of Ethics in order to ensure that from now on all forms of sexual abuse, harassment and exploitation are not subject to a limitation period for prosecution.

Furthermore, key amendments were made to the FIFA Disciplinary Code in order to provide greater protection to victims of discrimination, strengthen FIFA’s fight against match manipulation, entrust investigations of specific disciplinary matters to independent integrity experts and extend the scope of competence of the Disciplinary Committee.

The Council also unanimously confirmed its agreement with the view of the Governance, Audit & Compliance Committee that the period between 2016 and 2019 does not count as a term of office for the current FIFA President, who is therefore about to end his first term.
Source:FIFA

The FG says whatever action taken against… END_OF_DOCUMENT_TOKEN_TO_BE_REPLACED