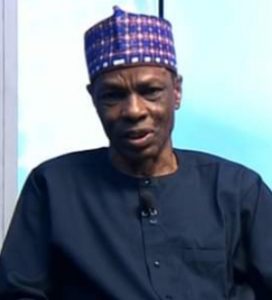 A former Deputy Governor of Sokoto State, Mukhtar Shagari, has revealed that he was contacted by the Labour Party to become Peter Obi’s vice presidential candidate.

Shagari, speaking on Channels Television’s Politics Today on Tuesday, said he declined the opportunity because he did not believe Obi stood a chance in 2023.

“The Labour party contacted me and requested if I would like to be the Vice Presidential candidate to Peter Obi,” the PDP chieftain said.

“And I looked at the political scenario, what Labour party is, and decided that I cannot be the Vice Presidential candidate to Peter Obi.

“I do not see the path through which Peter Obi will win the election in this country.

“It is so clear that in areas in the South-East, and young people are shouting about him on social media – yes, it’s politics.

“But the truth of the matter is that there are two dominant parties in this country – APC and PDP. If you want to become President, I think you must belong to one of them.”

Shagari also said zoning is not a constitutional matter as it is not provided in the nation’s constitution.

The FG says whatever action taken against… END_OF_DOCUMENT_TOKEN_TO_BE_REPLACED