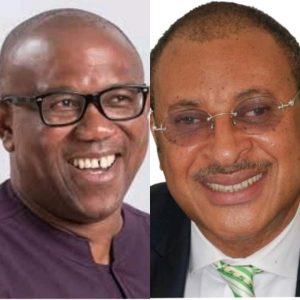 Utomi stated this on Tuesday during an interview on Channels Television’s Politics Today.

Utomi referenced and cited how people ridiculed ‘internet champions’ who later went ahead to win elections in Malawi, Zambia, Kenya and Botswana.

“Look at what is happening in Africa in the recent elections — Malawi, Zambia, Kenya and Botswana – all of the people that were ridiculed as internet champions won,” Utomi said.

“Africans are fed up with the government that does not work. Politicians display this obsessive self-love and they do trade off in transactions for their self-interest, forgetting the people. This is what has kept Nigeria below par.

“The youths of Africa are saying this cannot continue. They proved it in Kenya, Malawi and they are going to prove it in Nigeria.”

According to Utomi, youths are tired of bad governance and will change the narrative next year.

He said Nigerian youths are now willing to rescue their country.”

He stated, “We have a strategy that is so clear. You know, elections in Nigeria have been producing low turnouts yearly even though the population is growing. Why is that ?

“Traditionally, most of those votes (referring to previous elections) came from rigging. Electoral law has made it more difficult to do those things.

“Young people, who typically say, ‘let them do what they want to do, have said enough is enough, we cannot japa, we have to stay here and save our country.’

“And these young people constitute a huge part of the population. The strategy is to make those young people not just voters but protectors of the votes.”

The FG says whatever action taken against… END_OF_DOCUMENT_TOKEN_TO_BE_REPLACED