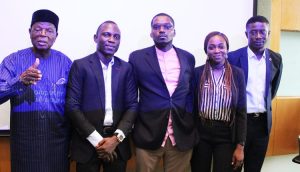 Mr. Peter Obi of the Labour Party (LP) has the highest favourable rating to be the next President of Nigeria, a recent opinion survey conducted nationally in Nigeria has indicated.

The opinion survey was conducted by Market Trends International (MTI), a market research organization that has been operating in Nigeria and other African countries for over 30 years. The agency is also skilled in both qualitative and quantitative studies.

A statement by the Executive Director of the agency, Victor Ozinegbe Ebhomenye, stated that 44 per cent of the respondents indicated that they would likely vote Obi, the former governor of Anambra State in the 2023 presidential election.

“This may have come s a surprise to Nigerians because the Labour Party and Peter Obi had no presence in Nigerian presidential scene as at December 2021”, Ebhomenye said.

According to him, the survey, conducted between November 9 and 29, 2022, indicated that Senator Bola Tinubu of All Progressives Congress (APC) had 19 per cent respondents, Atiku Abubakar of PDP had 16 respondents;   Rabiu Kwankwaso of NNPP had 14 per cent respondents, Omoyele Sowore of AAC, zero per cent, others had five per cent while those Refused and Undecided had one per cent each.

The MTI boss said: “Peter Obi has picked up pace in the race since he declared interest to run with the Labour Party as the party’s presidential candidate at its national convention and presidential primary in Asaba, the capital of Delta State, on Monday, 30th of May after other aspirants like former Presidential Adviser, Professor Pat Utomi; Faduri Joseph and Olubusola Emmanuel-Tella, stepped down.

He said the proposed alliance had halted the PC and PDP from dominating the upcoming elections, adding that the PDP was initially seen as the most popular party to win the 2023 presidential election as at December 2021, with 52 per cent of respondents indicating the party to win were elections to be held in December 2021.

According to the agency, ever since the loss of the party’s presidential ticket in May2022 and being overlooked as the running mate of the flagbearer, Atiku Abubakar, Governors of Rivers State, Nyesom Wike; and four other PDP Governors (popularly known as the G5 Governors) have constituted themselves into an opposition within the PDP.

“It is believed that thesecG5 Governors- Nyesom Wike, Seyi Makinde; Samuel Ortom;  Okezie Ikpeazu; and Ifeanyi Ugwuanyi- discreetly withdrew their support for Atiku Abubakar and this could be one factor to explain the drastic fall in support for the PDP. This has also contributed to Bola Ahmed Tinubu and Peter Obi gaining more grounds in the upcoming presidential election race.

“Insecurity in Nigeria is a recurring phenomenon that that threatens our well-being. The South-West is plagued by a surge in cyber crime, armed robbery, kidnapping, domestic crime, extra-judicial killings, herder-farmer conflicts, ritual killings and banditry. The South-East is a haven for ritual killings, commercial crime, secessionist agitation, kidnapping, herder-farmer clashes, attacks by unknown gunmen and banditry. The South-south remains threatened by militancy, kidnapping and environmental agitation. The North-East has been subject to a humanitarian crisis lasting over a decade, caused by the Boko Haram insurgency and the Islamic State in the West Africa Province. Meanwhile, the North-West is enmeshed in illegal mining, ethno religious killings, and banditry”, the MTI stated.

For a better society.

The FG says whatever action taken against… END_OF_DOCUMENT_TOKEN_TO_BE_REPLACED